Torrejas is a delicious dessert, which originates from Spain.  Due to the spanish migration in Cuba, it became one of Cuba's signature desserts.  To tell you that it's delicious, is an understatement. Some compare it to french toast; I can see the similarity, but  the taste cannot be compared.  Let's just say that if I was granted a last meal, torrejas would definitely be part of the menu.  My bread of choice is challah, because it's egg based, therefore, absorbs the milk mixture more efficiently.  Torrejas should be consumed cold, however, I can't wait and usually have my first one at room temperature. 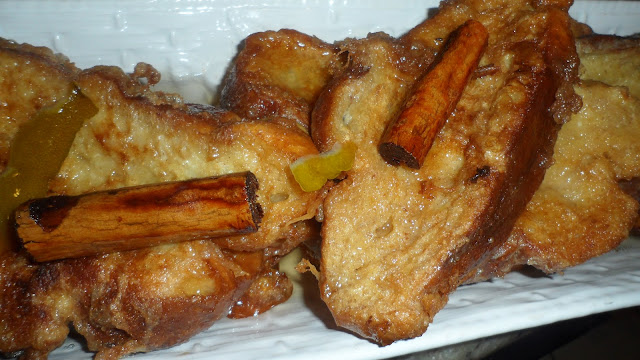 Rind of one lime

Directions:  Start with syrup, that way it will be at room temperature at time of use.  In a saucepan, add all ingredients, stir; bring to a boil for 5 minutes. Turn off heat and set aside.

Remove crust from bread and cut into 1 inch slices; set aside.  In medium shallow bowl, whisk milk, yolks, sugar, wine, vanilla, and cinnamon. In separate bowl, beat 4 eggs; set aside.
1. Submerge bread slices into milk mixture
2. Submerge bread slices into beaten eggs
3. In a skillet, at medium high temperature, fry bread slices in oil ( a few at a time).
Have serving platter ready for fried torrejas as you make them.  When all torrejas have been fried, add the syrup, and refrigerate for approximately three hours.

Anonymous said…
Hi Rosy Congratulation on you blog I love all you recipes, Robert is going to make the torrejas Love u Vicky
April 9, 2012 at 12:26 PM

RosyCooks said…
Hi, Vicky! Robert is a very good cook, so, I know those torrejas will turn out great. Thank you so much for your congrats!
April 11, 2012 at 8:00 AM 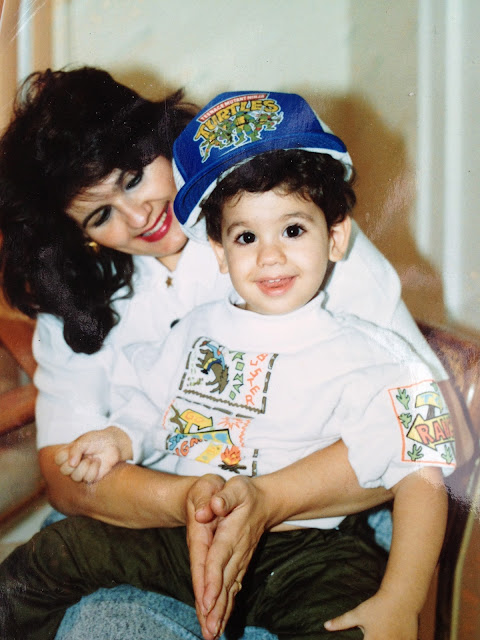 Our Hearts Are Broken 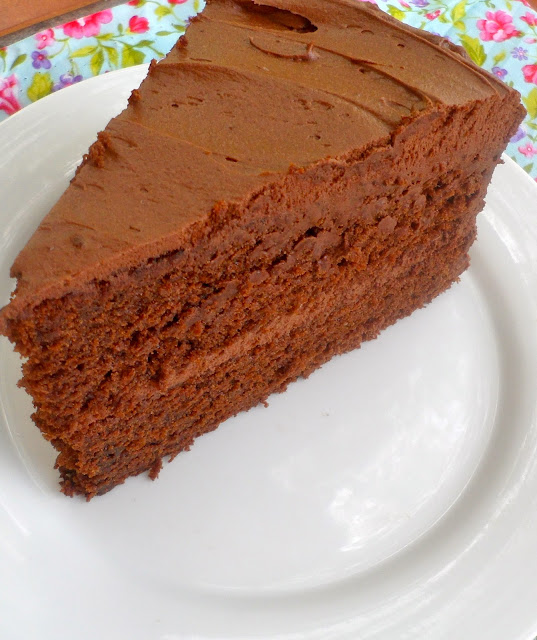